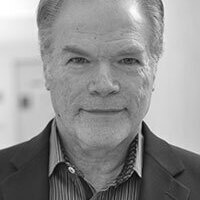 A Pause in the Action: Reflections on a Cinematic Gesture

"A Pause in the Action: Reflections on a Cinematic Gesture"

This presentation is taken from Calhoon's recently completed book project, The Long Century’s Long Shadow: Weimar Cinema and the Romantic Modern. The focus of this study is German cinema of the 1920s and specifically the horizon, within that body of filmmaking, that opens onto Romanticism. This project attempts to link the cinema of Robert Wiene (Caligari), F. W Murnau (Nosferatu, The Last Laugh), Fritz Lang (Siegfried, Metropolis) and others to aesthetic practices, in literature and painting, that emerged around 1800, which in turn gave rise to the modernism of which “Expressionist” cinema was a part. Calhoon's lecture will concentrate on a gestural motíf characteristic of Romantic painting and its afterlife in the cinema generally. Literary works under discussion include F. Scott Fitzgerald’s The Great Gatsby, Thomas Mann’s Death in Venice, Joseph Conrad’s Heart of Darkness, and Novalis’ Heinrich von Ofterdingen.

Kenneth S. Calhoon received his Ph.D. in 1984 from the University of California, Irvine. He taught for two years at Haverford and Bryn Mawr colleges before joining Oregon’s faculty in 1987. He spent academic year 1994-95 at the University of Bonn as a Humboldt Fellow. He is author of Affecting Grace: Theater, Subject and the Shakespearean Paradox in German Literature from Lessing to Kleist (U of Toronto Press, 2013), Fatherland: Novalis, Freud, and the Discipline of Romance (Wayne State UP, 1992) and editor of Peripheral Visions: The Hidden Stages of Weimar Cinema (Wayne State UP, 2001). His articles and essays cover topics that range from eighteenth-century literature and thought through the early twentieth century, with Romanticism, film, intermedial aesthetics and psychoanalysis being particular foci.

Free and open to public