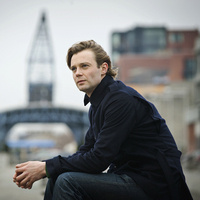 "Landscape is Fiction: Making Places Where There Are None"

One of the world’s rising-star landscape architects, Bas Smets hails from what he describes as “a land without landscape”—Belgium. Situated beside France, Germany, and Holland, countries with stunning natural features or deep traditions of design, Flanders is largely flat and suburban with little differentiation between city and countryside. Here—and increasingly across Europe and Asia—Smets and his firm, Bureau Bas Smets, have developed a unique vision for shaping public parks, vast regional visions, film sets, and, each year, one private garden in to a bold mix of the natural and the synthetic.

In conversation with Yeon Center Director Randy Gragg, Smets will offer insights into his design philosophy, from its conceptual roots in Dutch and Flemish early Renaissance painting to his contention that landscape design is a form of “hacking reality.”

Smets has a background in civil engineering, architecture, and landscape architecture. Since starting his firm, Bureau Bas Smets, in 2007, he has developed public-space gardens for places as diverse as Ingelmunster in Flanders, the PMQ Center for Design in Hong Kong, and the Estonian National Museum in Tartu. He has designed projects as large as regional visions for Brussels 2040 and a 100,000-plus acre reserve in Bordeaux, and as small as a garden of black plants in Portugal for the artist Phillippe Parreno’s film “Continuously Habitable Zones.” Since 2009, he has been collaborating with Frank Gehry on the Parc des Ateliers in Arles.

Bas Smets will also be lecturing on April 13 in Eugene.  For information about the Eugene lecture, please visit the Eugene event page.