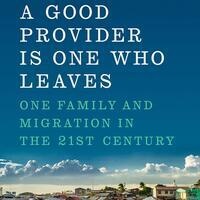 A Good Provider is One Who Leaves: One Family and Migration in the 21st Century

His new book, A Good Provider is One Who Leaves, tells the story of an unforgettable family as they endure years of sacrifice and separation, willing themselves out of shantytown poverty into a new global middle class. Migration is changing the world–reordering politics, economics, and cultures across the globe. With nearly 45 million immigrants in the United States, few issues are as polarizing. But if the politics of immigration is broken, immigration itself—tens of millions of people gathered from every corner of the globe—remains an underappreciated American success.

A Democratic Governance Speaker Series event, sponsored by the Wayne Morse Center and the UO School of Journalism and Communication.