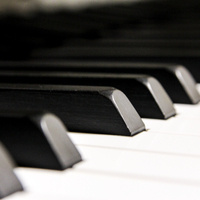 88SQUARED, the piano duo of married pianists Jeffrey and Karen Savage, won the Ellis Piano Duo Competition and the Abild Prize for American Music.  88SQUARED  has received critical praise from Singapore’s The Straits Times, American Record Guide, and Fanfare magazine; their performances have been called   “fearless” (The Straits-Times) and “joyful and inspiring” (American Record Guide). The duo’s performances have been broadcast on internationally syndicated programs, on National Public Radio stations across the US, and on Vietnamese Public Television.

Jeffrey and Karen both completed masters and doctoral degrees at Juilliard. Their major teachers include Yoheved Kaplinsky, Angela Cheng, Jonathan Feldman, Margo Garrett, Rudolf Barta, and Robin and Winifred Wood. Their students have won state and regional competitions, and enjoy diverse and successful careers in music.  Jeff and Karen are frequently invited to adjudicate and give presentations for MTNA and have given masterclasses at such universities as Brigham Young University, Indiana University, Wuhan Conservatory, and Eastman. After serving on WSU’s piano faculty since 2005, Karen and Jeffrey recently joined the piano faculty at UMKC Conservatory (University of Missouri-Kansas City), where they live with their young son.