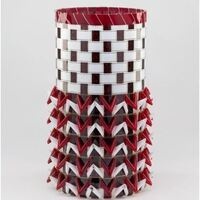 Every year, the University of Oregon’s Common Reading program encourages campus-wide engagement with a shared book and related resources. JSMA’s corresponding Common Seeing expands this conversation through the visual arts.

The 2021-22 selection, Braiding Sweetgrass: Indigenous Wisdom, Scientific Knowledge and the Teachings of Plants by Robin Wall Kimmerer, addresses humanity’s responsibility to the natural world through its author’s observations as an enrolled member of the Citizen Potawatomi Nation, academically trained botanist, and mother. Kimmerer calls for a reciprocal relationship between people and nature that prioritizes generosity and respects the needs of all living things. Her memoir’s interwoven topics include ecology, parenting, Indigenous land and water rights, traditional foodways, good citizenship, sustainability, climate change, and the preservation of language.

For more information about the UO’s Common Reading and to find out how members of the UO Community can access a digital copy of Braiding Sweetgrass, visit https://fyp.uoregon.edu/common-reading-2021-2022-braiding-sweetgrass.

Gail Tremblay (American, Mi'kmaq, and Onondaga, b. 1945), 2018. 1981 Film Irony: Trying to Have an American Film in Cheyenne Native Language Judged in the Foreign Film Category for the Oscars (Even the Academy Rejected the Proposal), 2018. 35mm film (from “Windwalker," 1981), red and white film leader, silver braid 24 x 14 x 14 in. Museum Purchase through the Edna Pearl Horton Memorial Endowment. (Image courtesy of the Artist and Froelick Gallery; photography by Mario Gallucci.)