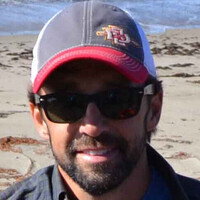 130,000 Years of Human Occupation in California? What We Know (and Don't Know) About the Peopling of the Americas

A recent paper published in Nature presented archaeological evidence for human occupation in southern California 130,000 years ago at the Cerutti Mastodon site. The study, which attracted widespread media attention and scientific debate, follows in a long line of extraordinary claims for deep human antiquity in the Americas. Join California Academy of Sciences archaeologist Todd Braje as he reviews the evidence from the site and explores why the authors’ claims are so controversial.

This event is part of the museum’s annual Fall Archaeology Talks series. This year’s theme is New Directions in the Archaeology of Western America, featuring three lectures by experts in the field. Free admission.